The focus of this lab is the implications of astrocytes in ensuring a healthy brain and adequate blood flow. 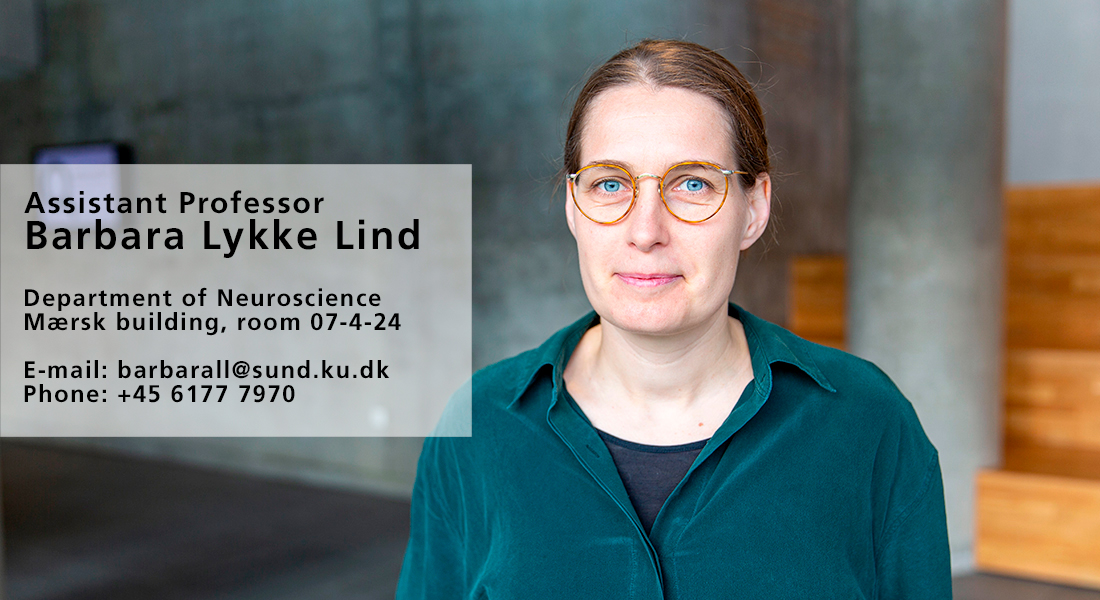 In the Lind lab we investigate the mechanism behind healthy brain tissue and blood flow recruitment at a cellular level, focusing on the interaction of astrocytes and neurons. This expands our current understanding of the processes that procures sufficient nutrition to the tissue at rest and during behavior. 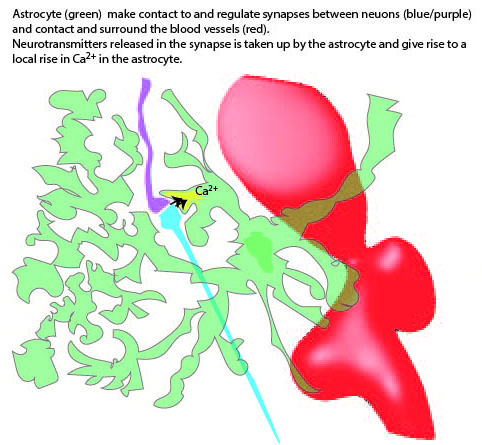 Studies of astrocytes activity has evolved to reveal a heterogeneity in signals, with regards to both spatial and temporal distribution. This reflects the manyfold mechanisms involving this glia cell, from homeostatic processes to neuroimmune responses and interactions with both excitatory and inhibitory neurons. The morphology of a healthy astrocytes allows for detection of all kinds of neuronal activity within its domain. Very fast and localized astrocyte Ca2+ activity has been shown to occur where astrocyte associate tightly to synapses. Besides the Ca2+ activity triggered at synapses; astrocytes also react strongly to arousal-based mechanisms. Since astrocyte activity is dependent on brain states it is thus very susceptible to anesthesia. To elucidate the astrocytic activity during natural behavior, experiments are primarily done in awake mice, distinguishing between differing causes of localized brain activation and blood flow modulation. Imaging studies are combined with image processing techniques to exploit the spatial strength of the 2-photon fluorescence imaging technique. The identification of healthy astrocytic activity patterns in awake, naturally behaving mice is the basis for studying astrocyte reactivity in diseases. Reactive astrocytes are involved in the progression of most neurodegenerative diseases and several other CNS afflictions. Our experiments allow for real-time in vivo investigations of astrocyte and vascular involvement in disease progression at the cellular level.

Click here to see the CV of Barbara Lykke Lind.