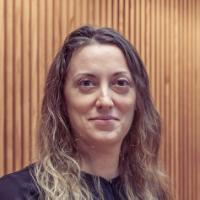 Amyotrophic lateral sclerosis (ALS) is a fatal neurodegenerative disorder affecting motor neurons found in spinal cord and brainstem, as well as cortico-spinal neurons. ALS is characterized by muscle wasting and progressive paralysis. Frontotemporal dementia (FTD) is a progressive neurodegenerative condition characterized by the degeneration of neurons in the frontal and temporal lobes, and is characterized by changes in behavior and personality, frontal executive deficits and language dysfunctions. ALS and FTD have historically been considered unrelated neurodegenerative diseases, however it is now clear that genetic mutations in transactive response DNA-binding protein 43 (TARDBP), Fused-in-Sarcoma (FUS) and C9orf72 locus are associated to both disorders and 50% of ALS cases develops FTD. These recent discoveries have transformed the approach to the investigations on disease mechanisms, however the origin and progression of ALS and FTD remain largely unknown and curative therapies do not exist.

Dysfunctional cortical inhibition, leading to excitotoxicity, has been previously reported in both ALS and FTD. Our recent findings (Allodi et al 2021, Nature Communications) obtained in a mouse model of ALS also showed loss of inhibitory inputs in the spinal cord already during asymptomatic stages. Loss of inhibitory inputs can lead to aberrant neuron excitability, intracellular ion dysregulation and cell death, extensively reported in ALS-FTD. However, the exact role of dysfunctional inhibition in the onset and progression of the disease still remains unclear.

Our current research aims to unravel the ALS-FTD pathophysiology by investigating inhibitory/excitatory changes in the affected neuronal circuits in a mouse model of ALS-FTD and to find early indicators of disease for pre-diagnosis. Machine learning-based behavioral analysis, spatial transcriptomics and gene therapy are applied to understand the roles of interneurons in disease and to find new targets for treatment.