DKK 177 million goes to six of Denmark’s most outstanding professors of neuroscience. Head of Department of Neuroscience, Prof. Ulrik Gether receives the LF Professorship of DKK 39,998,934 to continue his research on neurotransmitters and receptors in the brain. 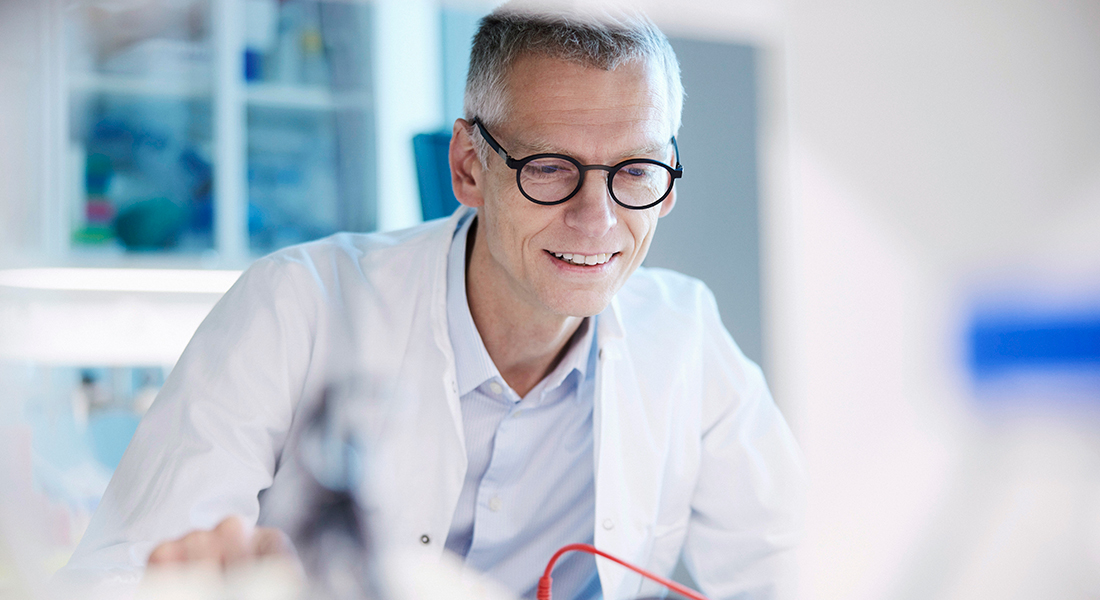 Freedom and time are two of the most important ingredients of a successful research environment. The freedom to define a hypothesis and to design the project you want to work on – and time to unearth new knowledge. However, for researchers to have the necessary time and freedom, they must have funding – this is a third key ingredient. And if the research projects are large, lasting six years or more, lots of money is needed.

Every second year, the Lundbeck Foundation awards a number of grants under the LF Professorships programme for this exact type of neuroscience project. Applicants for an LF Professorship need to be conducting research at professorship level at a non-commercial Danish research institution – in practice, a hospital or university – and they can apply for up to DKK 40 million, to be paid out over a period of six years.

Neuroscience – brain research – is the Lundbeck Foundation's special focus area, and Scientific Programme Director for the Lundbeck Foundation’s strategic programmes, Lars Torup, explains that LF Professorships play an important role: ‘The Lundbeck Foundation's ambition is to make Denmark one of the world’s leading neuroscience nations. One element of our strategy is to work towards this goal by supporting some of the extremely strong profiles within Danish neuroscience with one of these major grants. This gives talented researchers at professorship level the chance to conduct research with ground-breaking potential. It also enables them to develop an inspiring research environment. However, one of the key elements of the LF Professorships is the recipients’ commitment to training the next generation of researchers by involving younger colleagues in their projects.’

When LF Professorships were awarded last, in 2019, six researchers received a grant, and the same applies this year. As Torup explains, the six projects selected by a panel of international peers are each extremely exciting in their own way. ‘They represent a broad array of key neuroscience topics, from questions about how Parkinson’s disease is actually caused to which role the neurotransmitter and reward chemical dopamine plays in both behaviour and brain disease.’

Ulrik Gether’s research focuses on the impact neurotransmitters and receptors in the brain have on disease, and how they may be influenced by drugs. In this project, he will use highly sophisticated molecular investigative techniques to gain new insights into the basic role of dopamine – one of the brain’s neurotransmitters, also known as a reward chemical – in behaviour and brain disease.

Read the full article from the Lundbeck Foundation here.