So far, there is no cure for Parkinson’s disease. Agnete Kirkeby and her colleagues are developing a stem cell therapy which can replace the dead dopamine nerve cells in the brains of the patients, and this work is now featured in a new German documentary. 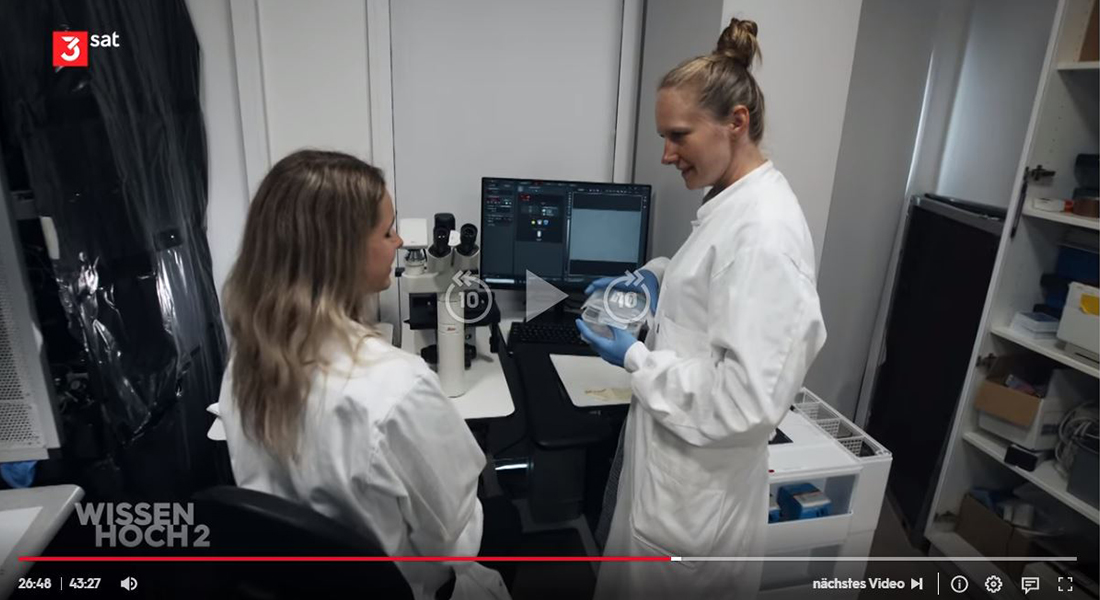 The documentary entitled “Neue Therapien gegen Parkinson / Hope for Parkinson's sufferers” follows a Parkinson’s Disease patient and his search for new treatment options. As part of this journey, the documentary features interviews with clinicians and scientists working on developing novel therapies for the disease. Agnete Kirkeby describes the efforts she and her colleagues have done to develop a novel stem cell therapy for replacing the lost dopamine neurons in the brains of Parkinson’s disease patients. The origin and ethics of these embryonic stem cells, which are prohibited for research in Germany is also discussed. We get to follow Agnete on her way to work, and she also invites us inside her lab to show us what stem cell-derived neurons look like in the dish.

You can see the German TV program here.
The program is 43 minutes in total and the interview with Agnete Kirkeby can be seen from 25:10. The documentary has English subtitles.