Danish scientists gain new understanding about water on the brain

Today, doctors seek to help most hydrocephalus patients by implanting a shunt in the brain to drain the fluid – because there is currently no medication for water on the brain. However, new research from the University of Copenhagen and Rigshospitalet points towards a potential new medical treatment. 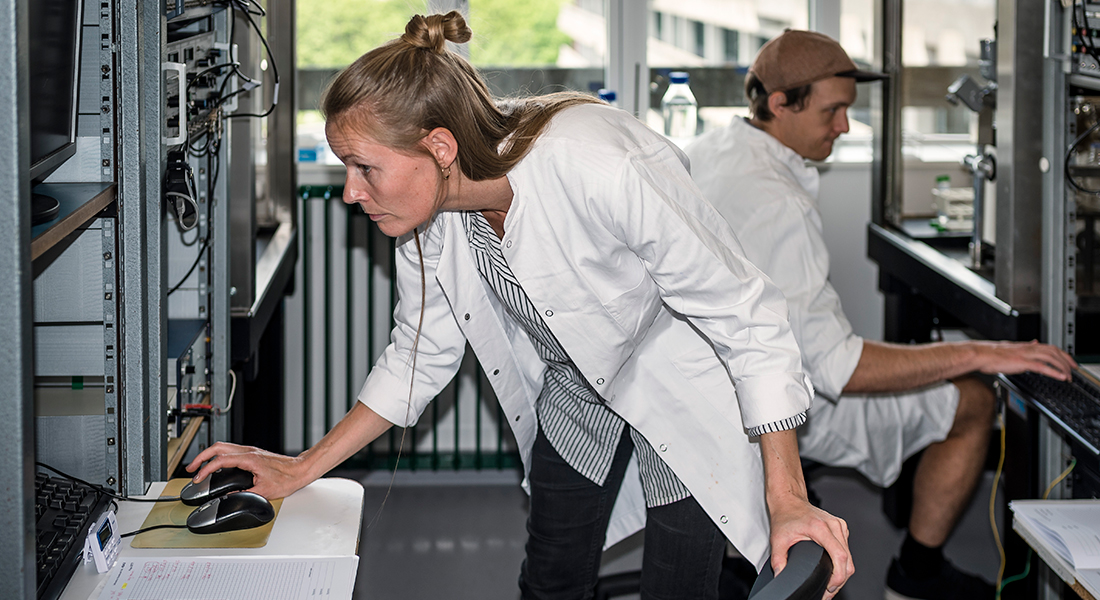 Is the drain clogged?

This tends to be our first thought when discovering the basement flooded with water.

And this is a thought doctors and neurologists also recognise as they seek to understand the many types of hydrocephalus that can affect people. In laymen’s terms, this condition is often called water on the brain.

Hydrocephalus – of which, there are more than ten variants – is an extremely complex condition, both in terms of understanding the biological process and when it comes to treating patients to remove the fluid that is causing the intracranial pressure.

With the help of animal trials and analyses of blood samples from patients hospitalised with cerebral haemorrhages, a team of scientists at the University of Copenhagen (UCPH) and Rigshospitalet has now discovered a mechanism that could potentially lead to something science has hitherto been unable to develop: a medicine to treat hydrocephalus.

‘This is not something that’s right around the corner. But it is exciting that we’ve identified a biological mechanism, which we can now try to influence medically. And if we succeed in developing a new drug for treating hydrocephalus, well, that would be a huge advance compared to what we can offer patients today,’ says Professor Nanna MacAulay from the Department of Neuroscience at UCPH.

Professor MacAulay is heading the research project together with Assistant Professor Trine Lisberg Toft-Bertelsen, and in collaboration with Marianne Juhler, professor of neurosurgery at Rigshospitalet and UCPH.

The project is made possible by funding from, among others, Lundbeck Foundation, and the discovery has been published on bioRxiv, an online archive and distribution services for life science research.

The fluid that exerts pressure on the brain in connection with hydrocephalus is called cerebrospinal fluid (CSF).

CSF is found in the tissue in the brain’s cavities, the so-called ventricles – and in mammals, CSF circulates through the brain, removing a variety of waste products. The human brain has four ventricles, and in adults this tissue typically generates nearly 0.5 litres of CSF every day.

In most cases, what is clogging the drain is unknown or is something that cannot be removed. For this reason, neurosurgeons try to help the patient as best they can by draining the excess fluid from the brain:

‘The most common treatment is surgically placing a shunt in the patient’s brain,” explains Professor Marianne Juhler, who, as senior consultant at the Department of Neurosurgery at Rigshospitalet, has conducted a great many of these procedures.

However, this treatment comes with challenges and many potential complications:

First, the shunt – a long, thin plastic tube regulated via a valve – must be placed inside the brain, which means drilling a hole of 1 cm in diameter in the patient’s skull.

The shunt is then guided through this hole into the ventricular system – while the other end, the ‘drain’, is placed just under the skin all the way down to the peritoneal cavity.

There is also a variant of this procedure where the drain for the shunt is located near the heart. In both cases, the drain system only has a limited service life, meaning it will usually need to be replaced after a few years, either because it becomes clogged, which is the most common complication, or because its position has become problematic or is causing bacterial infections. And because the patient will often need to drain excess cerebrospinal fluid for the rest of their life, they face a future of multiple, highly demanding surgical procedures.

‘So if we can develop a medicine that means it’s no longer necessary to insert a shunt in some patients, that would be invaluable,’ says Professor Marianne Juhler.

It’s a promising target if you want to medically reduce the production of cerebrospinal fluid to treat hydrocephalus.

However, new evidence suggests that people with a cerebral haemorrhage can suddenly start overproducing CSF – even when it has never previously been an issue for them. It is this finding that Trine Lisberg Toft-Bertelsen is examining more closely in collaboration with Marianne Juhler – in an effort to identify a biological mechanism that can be influenced medically in connection with treatment of hydrocephalus.

Their research plan initially focused on the fact that a cerebral haemorrhage spreads blood around inside the brain – blood that finds its way into places not normally flooded with blood, such as in the ventricles, where CSF is produced.

In the laboratory at UCPH, Trine Lisberg Toft-Bertelsen therefore conducted a series of trials in which she mimicked a cerebral haemorrhage in lab rats. She tapped blood from the rats – and then injected the brain ventricles of each rat with a portion of its own blood.

She then analysed the values for a specific fatty acid (LPA), which occurs naturally in the blood of humans and other mammals. The measurements showed that LPA was present in the cerebrospinal fluid.

This was interesting because Marianne Juhler and her staff also found LPA in a series of samples of CSF taken from patients admitted to Rigshospitalet for treatment after a cerebral haemorrhage; samples taken immediately after admission.

This led to the question of whether LPA could stimulate the production of CSF – and if so, which biological mechanisms does the substance influences? To figure this out, another trial was conducted on rats, explains Nanna MacAulay:

‘Trine injected pure LPA into the ventricles of the brains of another cohort of lab rats – and her subsequent measurements showed that the fatty acid increased the production of cerebrospinal fluid, resulting in the rats developing hydrocephalus. And there was the connection.’

The researchers have also identified the ion channel that LPA influences when the fatty acid overproduces CSF. This channel (TRPV4) is interesting in terms of developing a drug to treat hydrocephalus, according to Nanna MacAulay: