In order to achieve this goal, it is of paramount importance to understand the integration of basic motor control theory and higher order cognitive processes. In the Schram Christensen lab we study fundamental processes underlying perception of one's own movements and motor awareness, in particular the ability and experience of being in control of one's own actions (sense of agency). We focus on the brain's ability to use predictions to inform the sensory system about ongoing movements. These predictions seem to influence conscious perception of movements and may be responsible for our sensation of control. This also touch upon the question of the function of consciousness.

We address these questions by combining motor and cognitive tests either in real world settings or in virtual reality with advanced non-invasive electrophysiological (TMS, EEG) and imaging techniques (fMRI) in combination with advanced signal processing analyses and mathematical modelling of brain-body networks.

The studies that we conduct in the Christensen lab are developed and conducted in collaboration with researchers from philosophy, psychology, engineering, the humanities as well as therapists, medical doctors and the health sciences both nationally and internationally. For example of such a collaboration, please visit: Cognition, Intention and Action group. 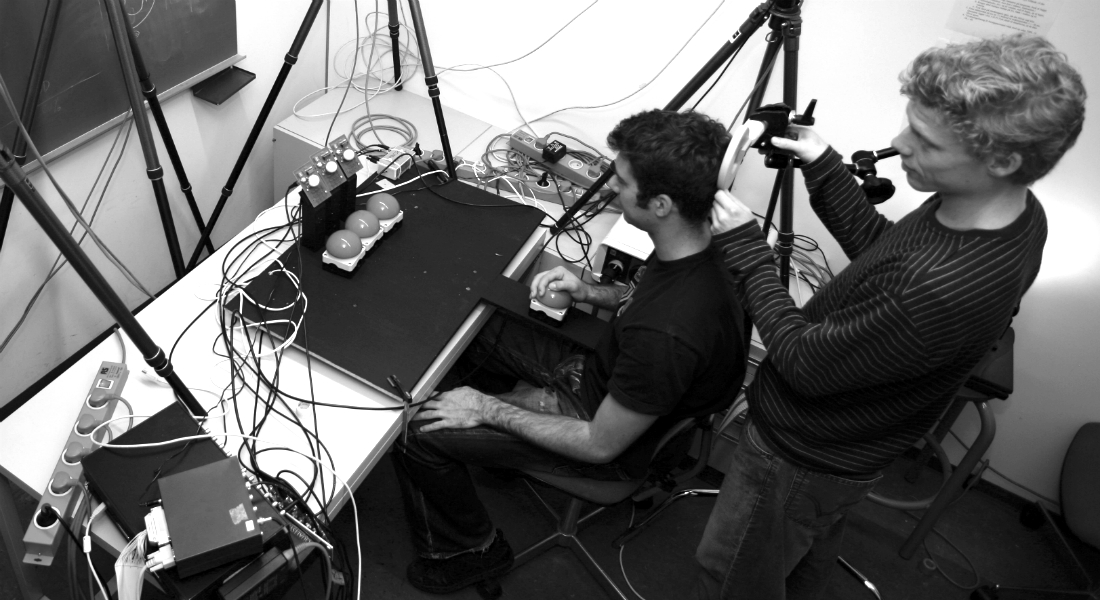 We have just received funding from The Independent Research Fund Denmark for the project The Functional Role of perception of movements, a collaboration between Christensen lab, Thor Grünbaum, Section of Philosophy, UCPH and our interdisciplinary research collaboration CoInAct.

Focus of the Christensen lab is on understanding the neural mechanisms underlying human control of movements. We focus on the brain's ability to use predictions to inform the sensory system about ongoing movements.
These predictions seem to influence conscious perception of movements and may be responsible for our sensation of control.
We are currently investigating early development of cognition in infants, among others infants' abilities to predict the consequences of their own movement. This work is done in collaboration with the Elsass Institute

Sense of agency is related to gamma band coupling in an inferior parietal-preSMA circuitry
Ritterband-Rosenbaum, A., Nielsen, J. B. & Christensen, M. S., 2014, I : Frontiers in Human Neuroscience. 8, 10 s., 510.