Our lab explores sleep biology in health and disease. Our focus is to understand sleep-wake neurophysiology and how the immune system affects the sleep regulating networks of the brain. We are particularly interested in the hypocretin/orexin neurons, their signaling, and their involvement in the sleep disorder narcolepsy and in sleep-wake regulation during sickness in general.

Department of Neuroscience
The Panum Institute, 24-6

The Kornum Lab studies sleep-wake neurophysiology with focus on the hypocretin (hcrt, also called orexin) system. We study how these neurons are affected by the immune system not only in narcolepsy but during sickness in general. We leverage single cell technology, animal disease models and human genetics to explore and discover how hcrt neurons and surrounding cells, networks and pathways are involved in the disease mechanisms of sickness behavior and sleep disorders.

Sleep regulation and the hypocretin neurons

Sleep is regulated by a complex network of brain areas and by many different neurotransmitters and other signaling compounds. Our research focuses on the hypocretin producing neurons in the lateral hypothalamus.

Social interaction, play, and voluntarily exercise has been shown to cause hypocretin activation. This has been determined as an increase in extracellular hypocretin in the brain. Some studies have also suggested that the hypocretin neurons are regulated by light. The implications of this are still unclear. Our research has shown that the activity of the hypocretin neurons varies with seasons, suggesting that their activity might vary over the year. This also suggests that the neurons might be particularly vulnerable at certain times of the year (Boddum et al. PlosONE 2016)

The sleep disorder narcolepsy type 1 (NT1) is caused by the lack of hcrt, and for this reason NT1 is a focus area in the Kornum Lab. NT1 is caused by the patients losing their hypocretin producing neurons in hypothalamus likely due to an autoimmune pathogenesis. Both genetic and environmental predisposing factors point in this direction. We aim to discover what causes narcolepsy, and have over the years studied several aspects of the disease including neurophysiological, genetic, and neuroimmunological features.

Our findings in combination with those of many other research groups have confirmed the autoimmune hypothesis of NT1, but it has also led to many more questions. Autoreactive T-cells linked to NT1 are consistently found also in some healthy individuals (. For unknown reasons these individuals do not develop disease but are healthy long into adulthood past the normal onset age of NT1. The disease is also very heterogeneous. For example, around 25% develop co-morbid depression. It is unknown why. To better understand disease susceptibility and heterogeneity, it is important to study the brain and how environmental and behavioral factors influence the neuronal networks of the hypothalamus.

MHC class I in neurons 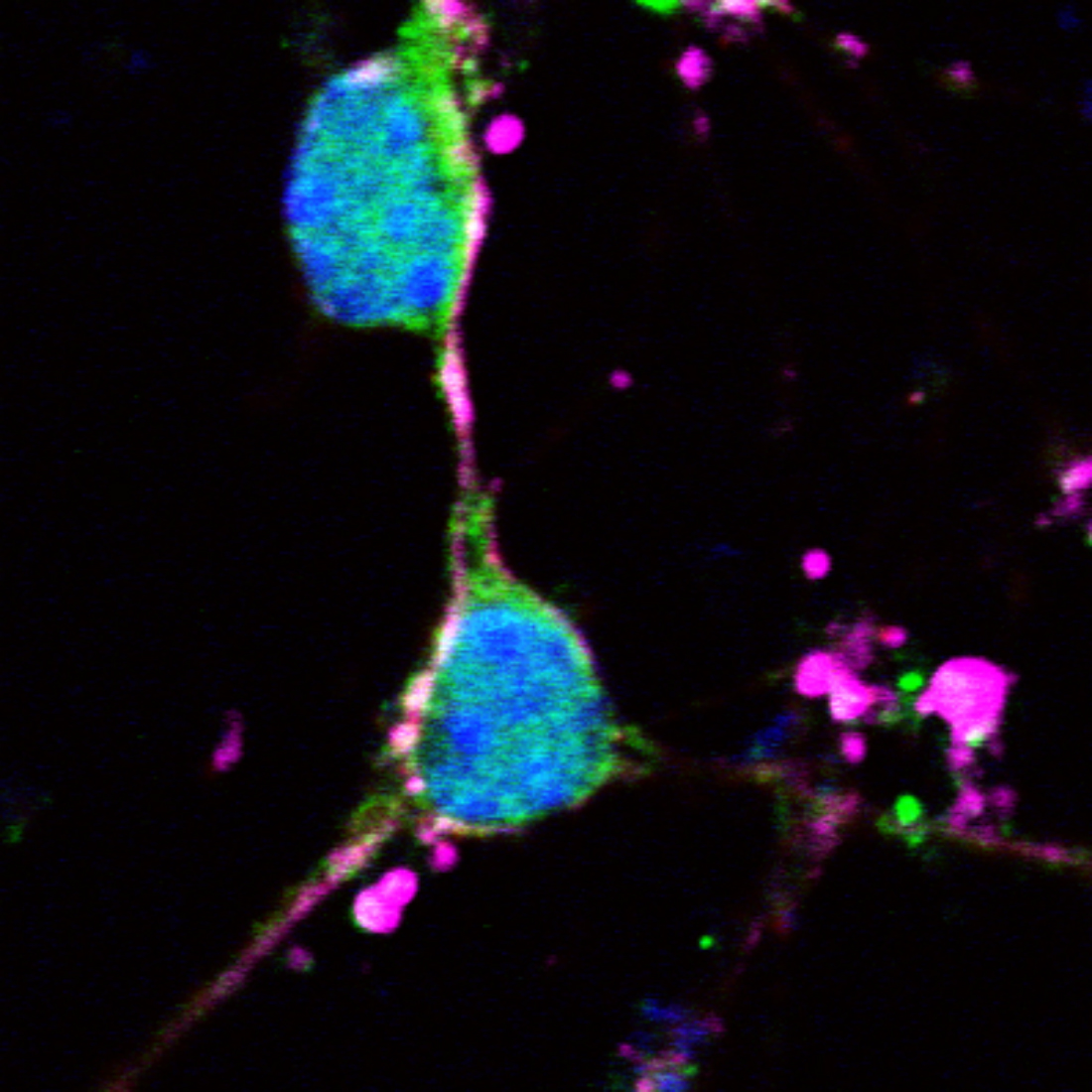 In our quest to understand what causes narcolepsy, we study the immune system of patients. We hypothesise that some of the proteins genetically associated with narcolepsy plays a central role in the disease process, and this is what we study. Importantly our work has shown that defects in the purinergic receptor P2Y11 predisposes to narcolepsy. P2Y11 is a dual Gs-Gq-protein coupled purinergic receptor that is activated by high concentrations of extracellular ATP. The receptor is highly important for the normal function of immune cells, and we are now studying how the narcolepsy associated mutations affects the immune system.